THE DIVERS’ WATCH THAT DEFIES THE LIMITS 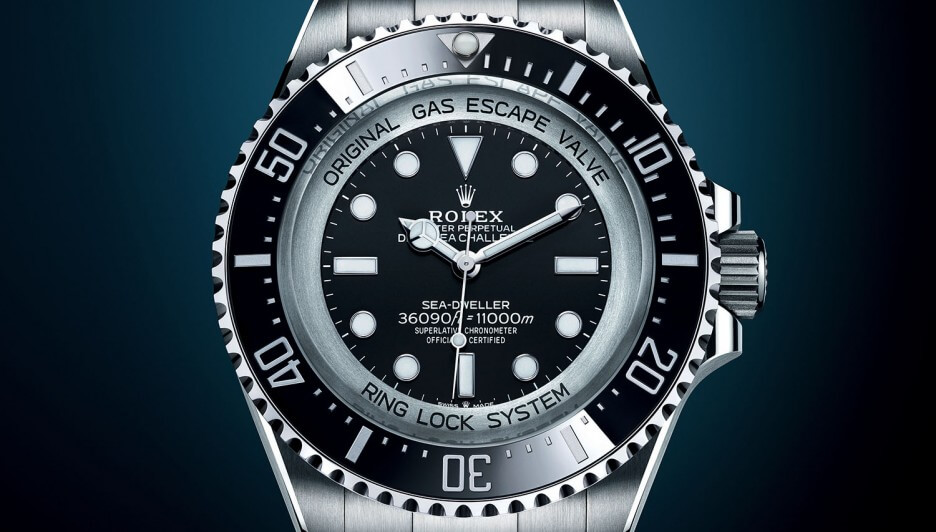 Guaranteed waterproof to a depth of 11,000 metres, crafted from RLX titanium, and equipped with a helium escape valve and the Ringlock system, it is capable of accompanying divers in any environment – during open-water diving, submersible dives or in hyperbaric chambers. A watch designed to turn pressure into an ally in any situation, and an invitation to expand yet further the horizons of the deep. 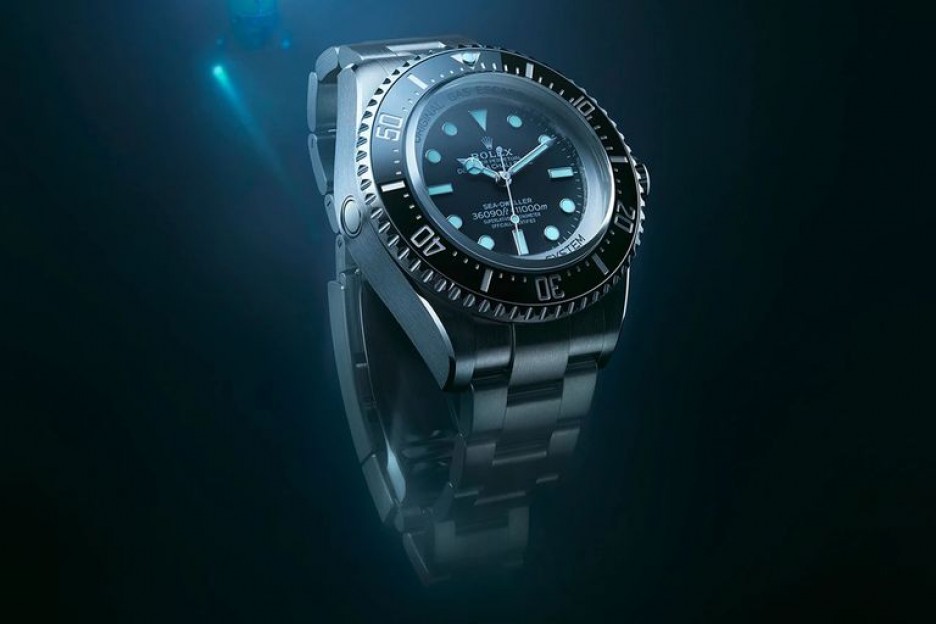 The spectrum of Rolex expertise in an exceptional divers’ watch

Years of research were required to overcome the watchmaking and manufacturing challenges that fabrication presented. While the experimental watch of 2012 was attached to the manipulator arm of James Cameron’s submersible, the Deepsea Challenge is designed to be worn on the wrist. From the production of the case to that of the bracelet, each element of this 50 mm watch has been crafted with everyday use in mind. A watchmaking accomplishment made possible by using a grade 5 titanium alloy selected by Rolex: RLX titanium. Thanks to this robust and particularly lightweight metal, the new watch is 30% lighter than the experimental model of 2012. To create a timepiece of harmonious and ergonomic proportions, modifications were made to some of the components – the crystal, for instance, was slimmed down. The bracelet extension systems – Rolex Glidelock and the Fliplock extension link – allow the watch to be worn over a diving suit up to 7 mm thick.

The Deepsea Challenge incorporates the full spectrum of Rolex’s expertise in divers’ watches. It includes all the major innovations developed by the brand over many years: the Ringlock system, a patented case architecture that enables the watch to withstand extreme pressure; the helium escape valve, which allows surplus gas to escape from the watch during a diver’s decompression phase in a hyperbaric chamber, reducing the pressure inside the case which could otherwise damage the watch; the Triplock crown, with three sealed zones; and the Chromalight display, whose long-lasting luminescence provides exceptional legibility. To test the waterproofness of each Deepsea Challenge, Rolex specially developed, in partnership with Comex (Compagnie Maritime d’Expertises), an ultra-high-pressure tank capable of reproducing a test pressure equivalent to that exerted by water at a depth of 13,750 metres. At the heart of the Oyster case is calibre 3230, a movement entirely developed and manufactured by Rolex.

A homage to explorers of the abyss

The Deepsea Challenge is engraved with the words “Mariana Trench” as well as the dates “23-01-1960” and “26-03-2012” on the case back, in tribute to two historic dives into the Mariana Trench: that of oceanographer Jacques Piccard and U.S. Navy Lieutenant Don Walsh aboard the Trieste, in 1960, and James Cameron’s solo descent in DEEPSEA CHALLENGER, in 2012. Both expeditions took experimental Rolex watches with them. Deepsea Challenge is more than a watch. It is a tool for overcoming the limits of what is possible, an ally in adventures and a symbol of the perpetual quest for excellence, for reaching the unknown.