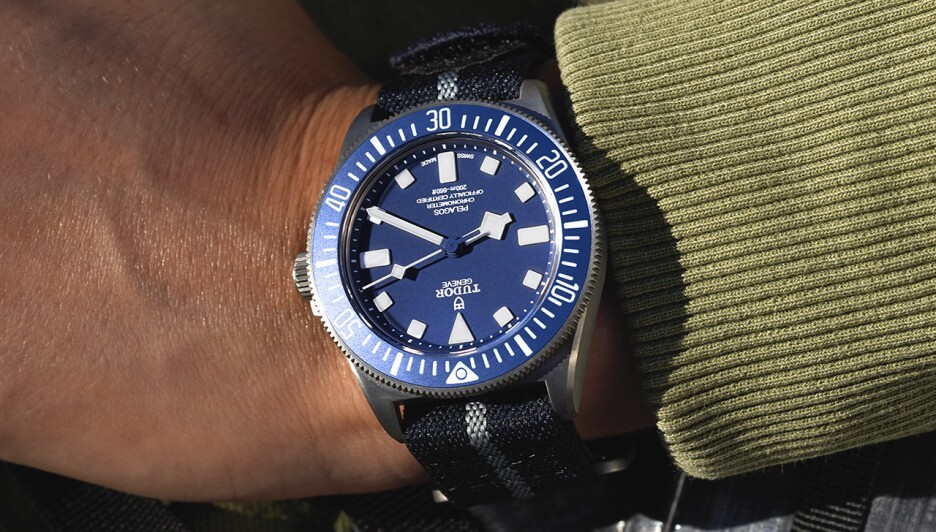 Today, the most famous TUDOR divers’ watch used by the French Navy is the reference 9401, with its iconic blue dial and bezel. Engraved on the case back with the initials "M.N." followed by the year of issue, the watches were delivered in two configurations, "Snowflake" hands and hour markers and later, with triangular hour markers. This model was launched in the mid-'70s and was supplied to the French Navy until the 1980s. It continued to be used into the 21st century, particularly at the French Navy's diving school, as well as by combat swimmers. Although officially removed from the French Navy's supply stocks some twenty years ago, it can still be seen sometimes today on the wrists of reserve and retired sailors alike. The Pelagos FXD model is inspired by this emblematic reference. 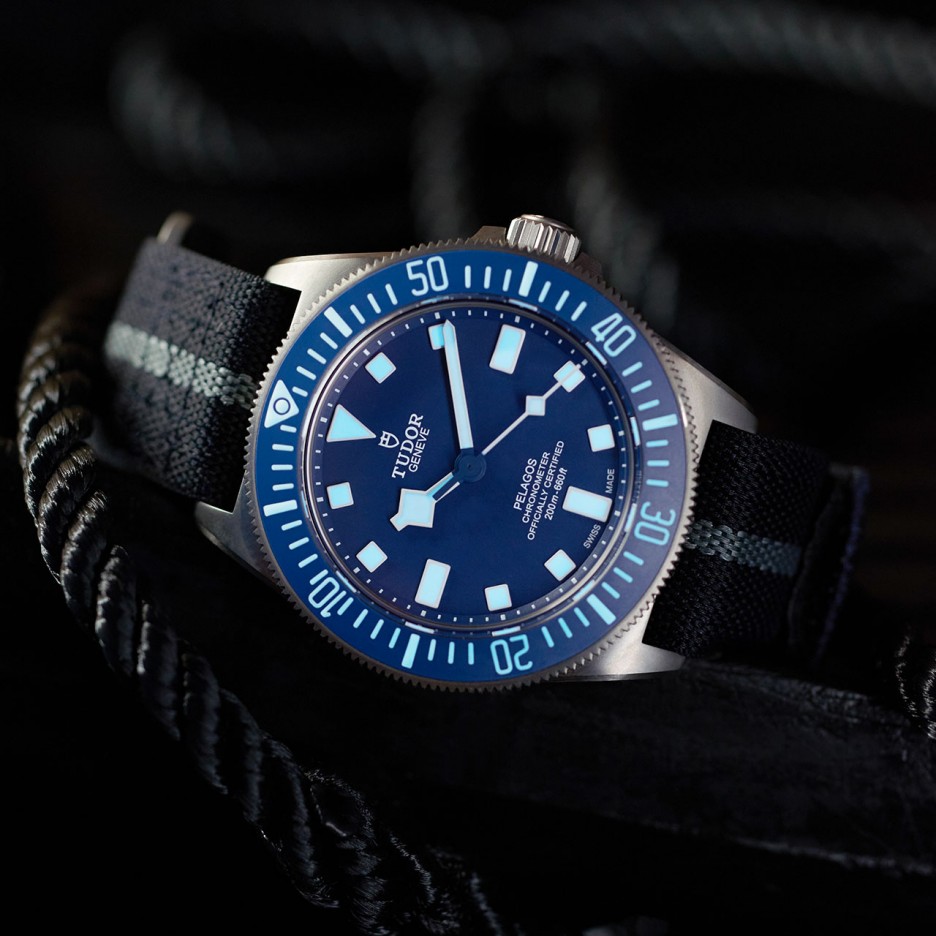 Developed in conjunction with the French Navy's combat swimmers, the Pelagos FXD model is based on a set of specifications that are as precise as they are demanding. For this reason, it includes many functional features that are new to TUDOR, such as its fixed strap bars that are machined into the main body of the 42 mm titanium case for increased robustness and reliability. Shaped as an extension of the lugs, they are key to the model's characteristic silhouette. Another feature specific to this model is the 120-notch rotating bezel. Bidirectional with retrograde graduation from 60 to 0, it does not correspond to the ISO 6425:2018 standard of divers' watches, but instead meets the specific needs of the method known as “underwater navigation”, one of the specialities of combat swimmers.

The bracelet is woven and an additional one-piece rubber strap with an embossed motif and buckle is also included with the Pelagos FXD. It is the first time that this very supple, comfortable strap has been offered by TUDOR. The Manufacture Calibre MT5602 that drives the Pelagos FXD model displays the hours, minutes and seconds functions. Its build has been designed to ensure robustness, longevity, reliability and precision. Another notable feature is that the power reserve of the Manufacture Calibre MT5602 is "weekend-proof"; that is to say about 70 hours, which enables the wearer to take the watch off on a Friday evening and put it back on again on Monday morning without having to reset it. 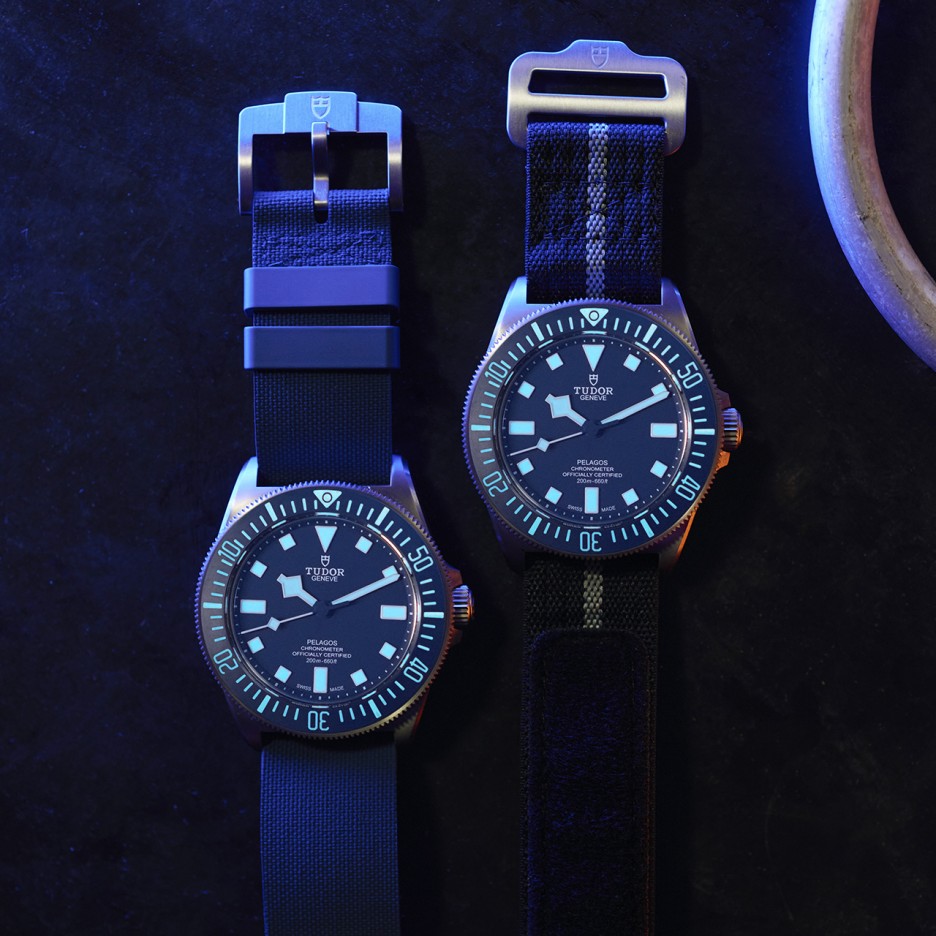 Pelagos FXD is an example of the significance of tradition and history in brand building. Continuity of taking the best from the past and combine it with the achievements of the future is what makes the difference of timeless creations.