The new TUDOR RANGER – celebrating the spirit of a daring adventure 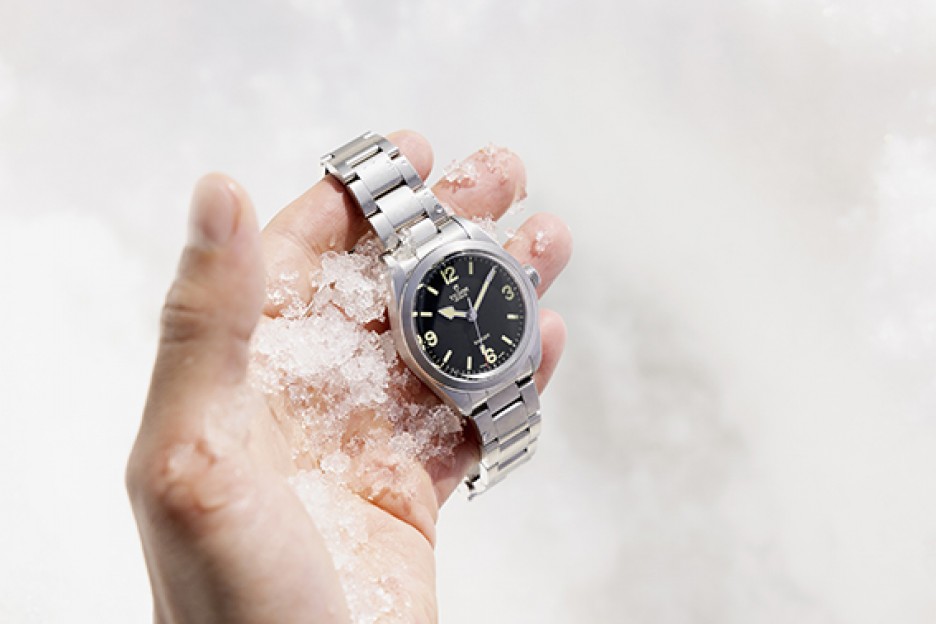 It was on 8th July 1952, that the British North Greenland Expedition left Deptford, an area on the banks of the Thames in London, for a two-year scientific mission studying ice sheets in Greenland. Equipped with the brand-new Oyster Prince model, TUDOR’s first watch that was both automatic and waterproof, the members of the expedition, mainly British scientists and sailors, conducted in-depth glaciological and seismic surveys at several sites. TUDOR also asked them to gather performance data for the 30 Oyster Prince watches that would be worn under extreme conditions. It is the adventurous spirit of these pioneers of arctic exploration that the latest addition to the Ranger line celebrates, offering an affordable combination of state-of-the-art watchmaking technology and historic aesthetics. 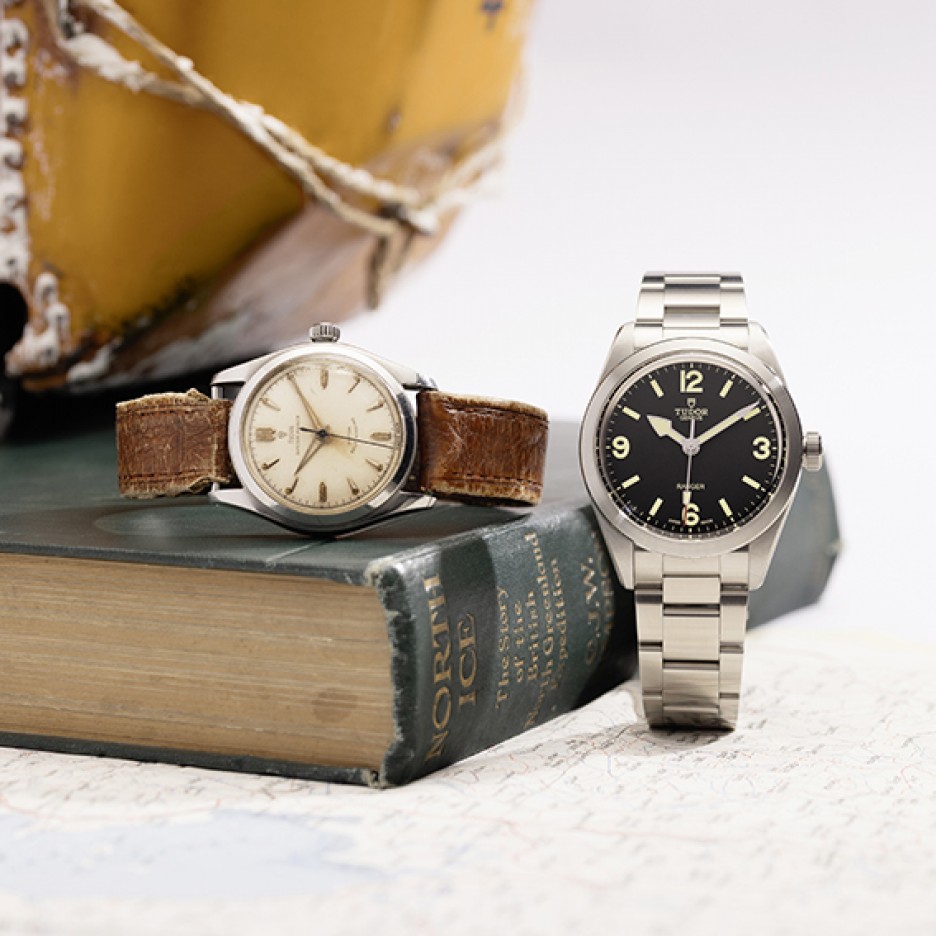 The history of the Ranger name dates back much further than the British North Greenland Expedition. The origins of the TUDOR Ranger family date back to 1929. This was the year when Hans Wilsdorf registered the “Ranger” name, just three years after registering the “The TUDOR” trademark. At the time, the name was not used to indicate the model specifically, but instead to add an adventurous aspect to certain watches in the TUDOR collection. The aesthetics that we now recognise as the Ranger didn’t appear until the 1960s, with its large Arabic numerals, generously coated with luminescent material at 3 (for models without the date), 6, 9, and 12 o’clock, as well as its uniquely designed hands.

THE SPIRIT OF A TOOL WATCH 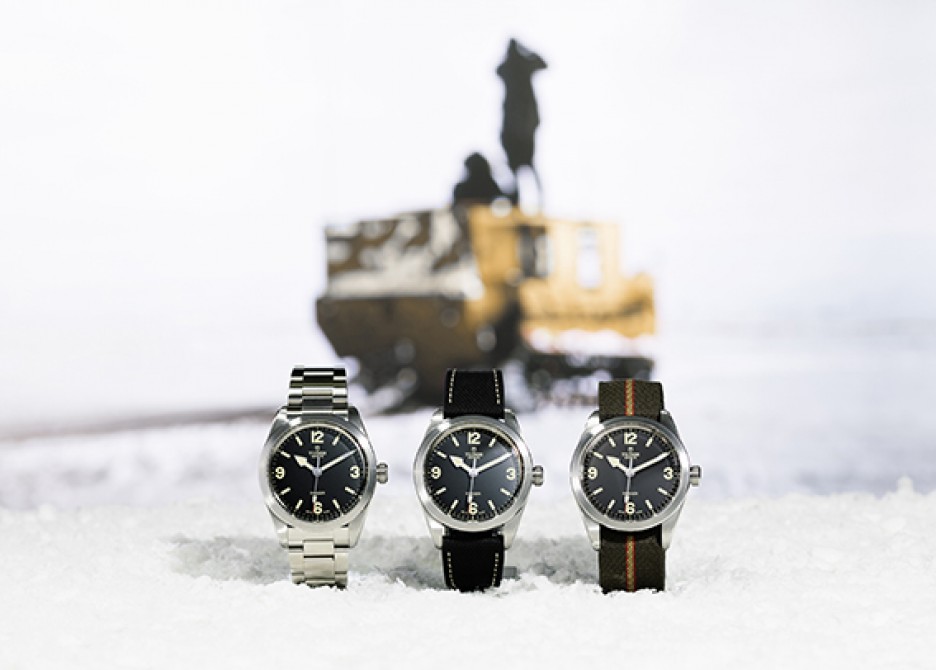 The new Ranger model respects the aesthetic standards established in the course of its history, whilst incorporating new state-of-the-art technical elements, in particular a high-performance Manufacture Calibre and a TUDOR “T-fit” clasp with rapid adjustment system. It continues the tradition of the expedition watch - a robust, practical, and affordable instrument. To echo this functional heritage, the 39-millimetre case and the bracelet of the Ranger are satin-brushed, creating an overall matt finish, in the purest spirit of a “tool watch”. Some elements, however, are polished to strengthen the lines of the case, including the inner edge of the bezel. As for the dial, an attentive eye will notice a detail of historic influence, hour markers painted in luminescent material. Beige in colour, they perfectly contrast with the grained, matt black dial and match the tone of the TUDOR shield logo and inscriptions. The arrow-shaped hands, rounded for the hours hand and angular for the seconds hand, are characteristic of Ranger aesthetics, with a novel touch, the tip of the seconds hand in burgundy. 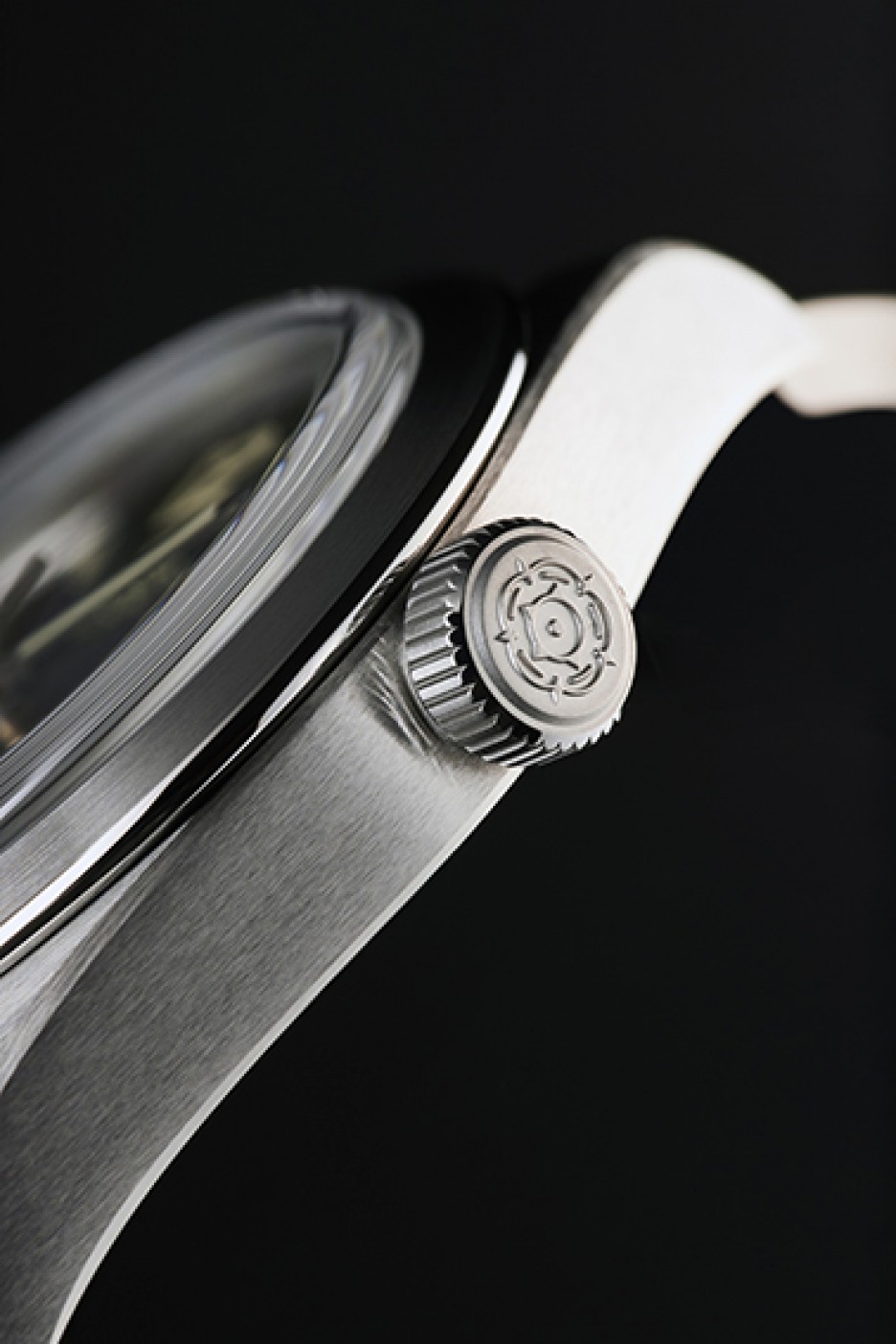 The Ranger model is equipped with Manufacture Calibre MT5402. Its construction has been designed to ensure robustness, longevity, reliability and precision. Calibre MT5402 has been certified as a chronometer by the Official Swiss Chronometer Testing Institute (COSC), with its performance going beyond the standards set by this independent institute. In fact, where COSC allows an average variation in the daily running of a watch of between -4 and +6 seconds in relation to absolute time in a single movement, TUDOR insists on between -2 and +4 seconds’ variation in its running when it is completely assembled. Another notable feature is that the power reserve of the Manufacture Calibre MT5402 is “weekend-proof”; that is to say about 70 hours, which enables the wearer to take the watch off on a Friday evening and put it back on again on Monday morning without having to wind it.

The fabric strap is one of the hallmarks of TUDOR. For the Ranger model, the designers chose an olive-green bracelet with two red stripes and one beige stripe woven by the craftsmen. The Ranger is also offered with an entirely satin-brushed steel bracelet. А third bracelet option is also offered, in natural rubber and fabric-like textured black leather, with beige topstitching and a folding clasp. 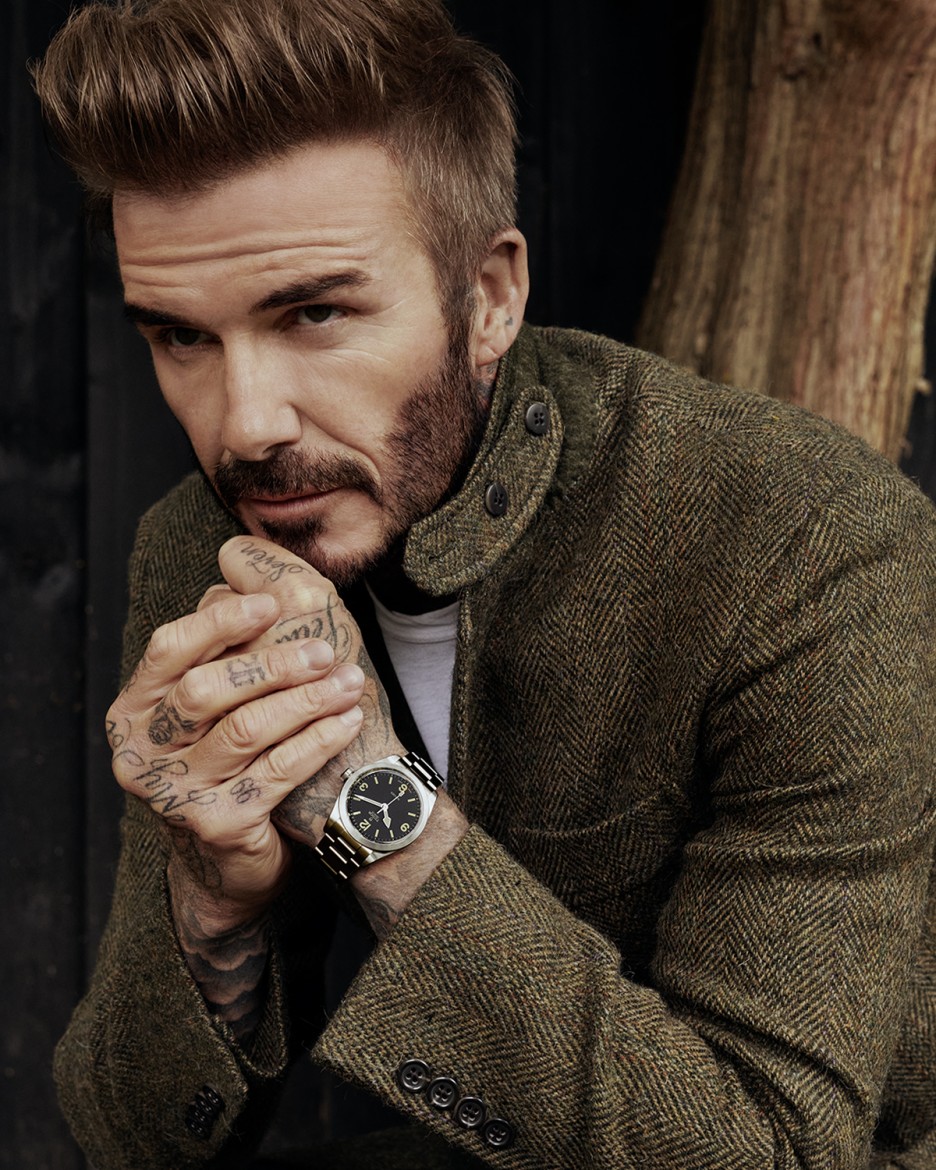 The British North Greenland Expedition represented a seminal moment for TUDOR and its tool watches. In fact, this was one of the very first long-term tests, under real-world extreme conditions, implemented by the brand. The members of the expedition monitored variations in the precision of their Oyster Prince watches compared to the hourly signals emitted by the BBC, and recorded them in notebooks specifically provided for this purpose. In light of the expected temperatures, the TUDOR watches sent for this project were specially lubricated with “arctic” oil and provided with bracelet extensions so the watches could be worn over the sleeves of the parkas. Upon returning from Greenland, one of the members of the expedition wrote in a letter to TUDOR, which has been preserved in the brand’s archives, that his watch “was maintaining a remarkable accuracy” and that “on occasion did it require to be wound by hand”.

This approach to testing, termed “Trial of destruction”, where the watch is evaluated in the field by professionals under extreme conditions, gave the theme of TUDOR’s first large-scale advertising campaign launched in 1952. Such testing steered the development of a number of the brand’s tool watches. This notion of robustness remained at the heart of the TUDOR philosophy as evidenced in particular by its messaging over the following decades, always focused on technical performance under difficult conditions rather than on questions of prestige or status. 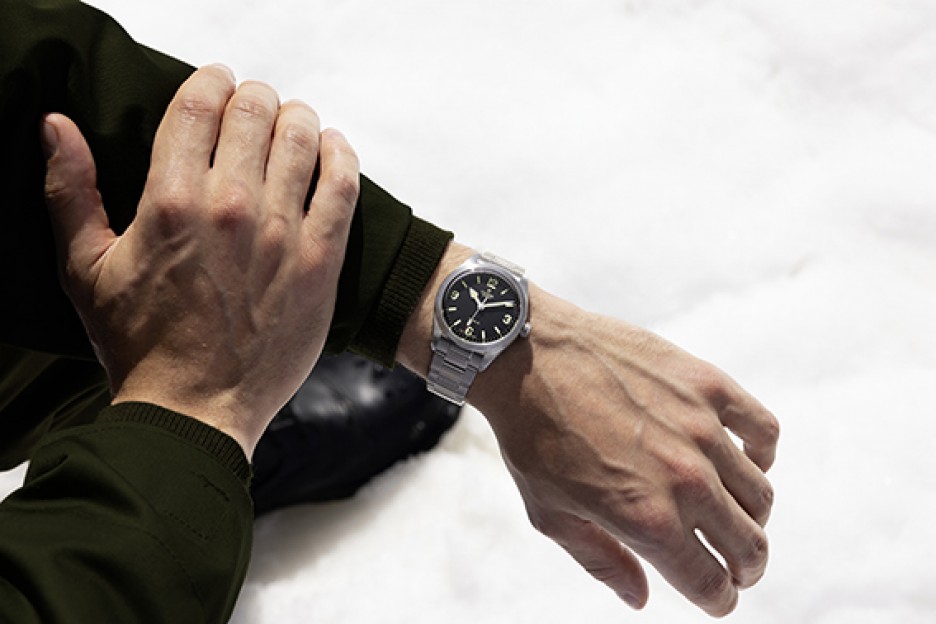